“A surprising and Heartwarming story about the journey from New York and Europe to Cuba, a fascinating language and two extraordinary people and their enduring love.” Neal Shapiro – President and CEO of WNET-13 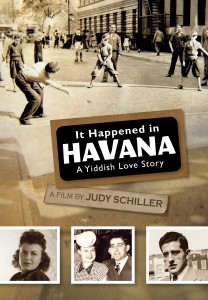 It Happened in Havana:

In Forest Hills, Queens, a couple sits on their living room couch as the husband and wife each recount how they met in Cuba during the start of WWII.

In her directorial debut, filmmaker Judy Schiller takes the viewer on two journeys: her mother’s, from Poland to Cuba, where she and her family were the only Jews in their town; and her father’s beginning on New York’s Lower East Side, where the street was the playground.

How did they stay married for the 61 years? See their daughter’s tribute–and find out.

Copyright © 2021 It Happened In Havana . All Rights Reserved.