Arriving for the opening ceremony of The Queens World Film Festival held at the Museum for the Moving Image located in Queen – of course. 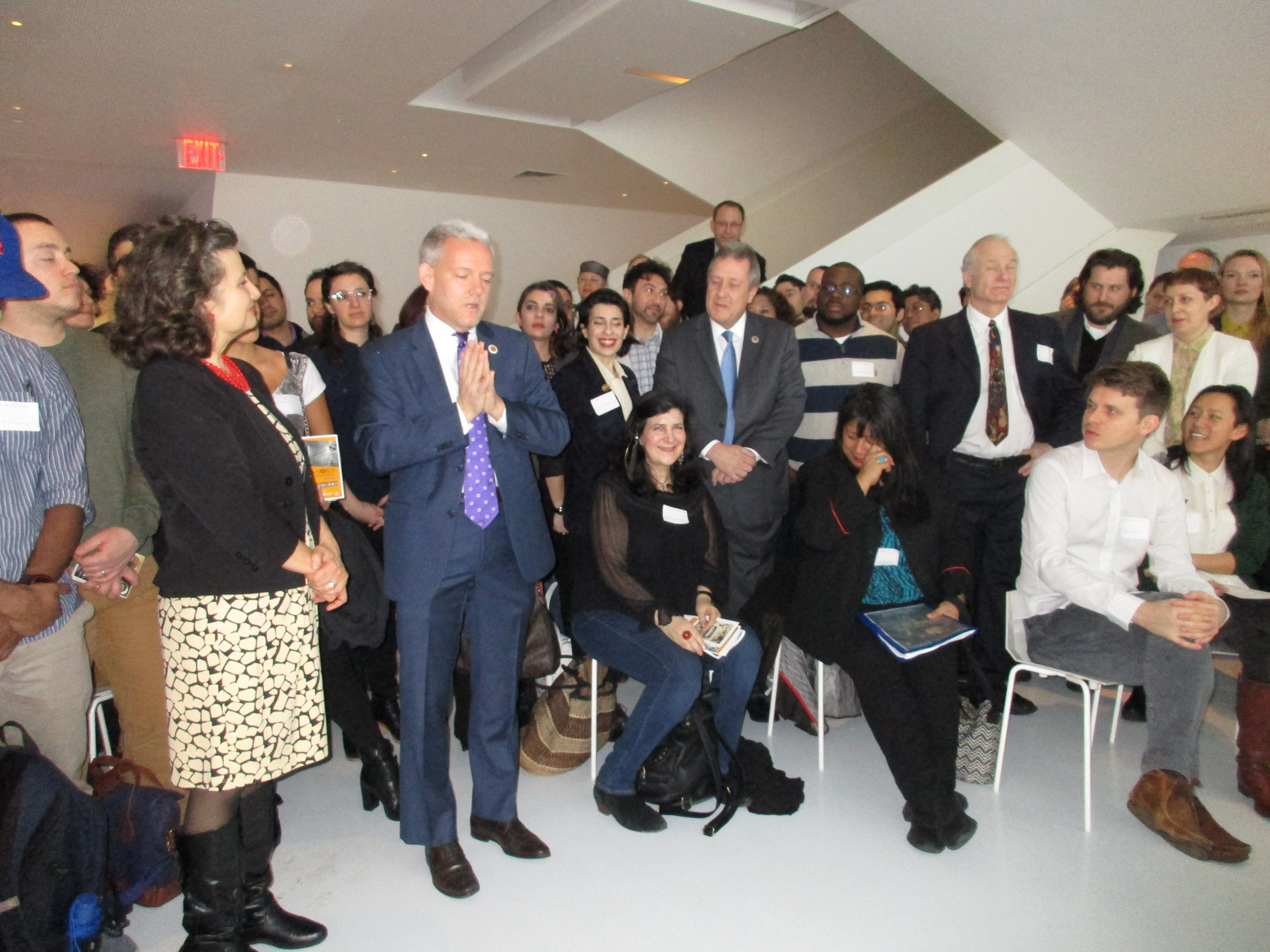 NYC Council Member Jimmy Van Bramer made a speech. I got myself smack in the middle despite my fears.

I got to be on the stage with all the film makers. Pretty exciting. 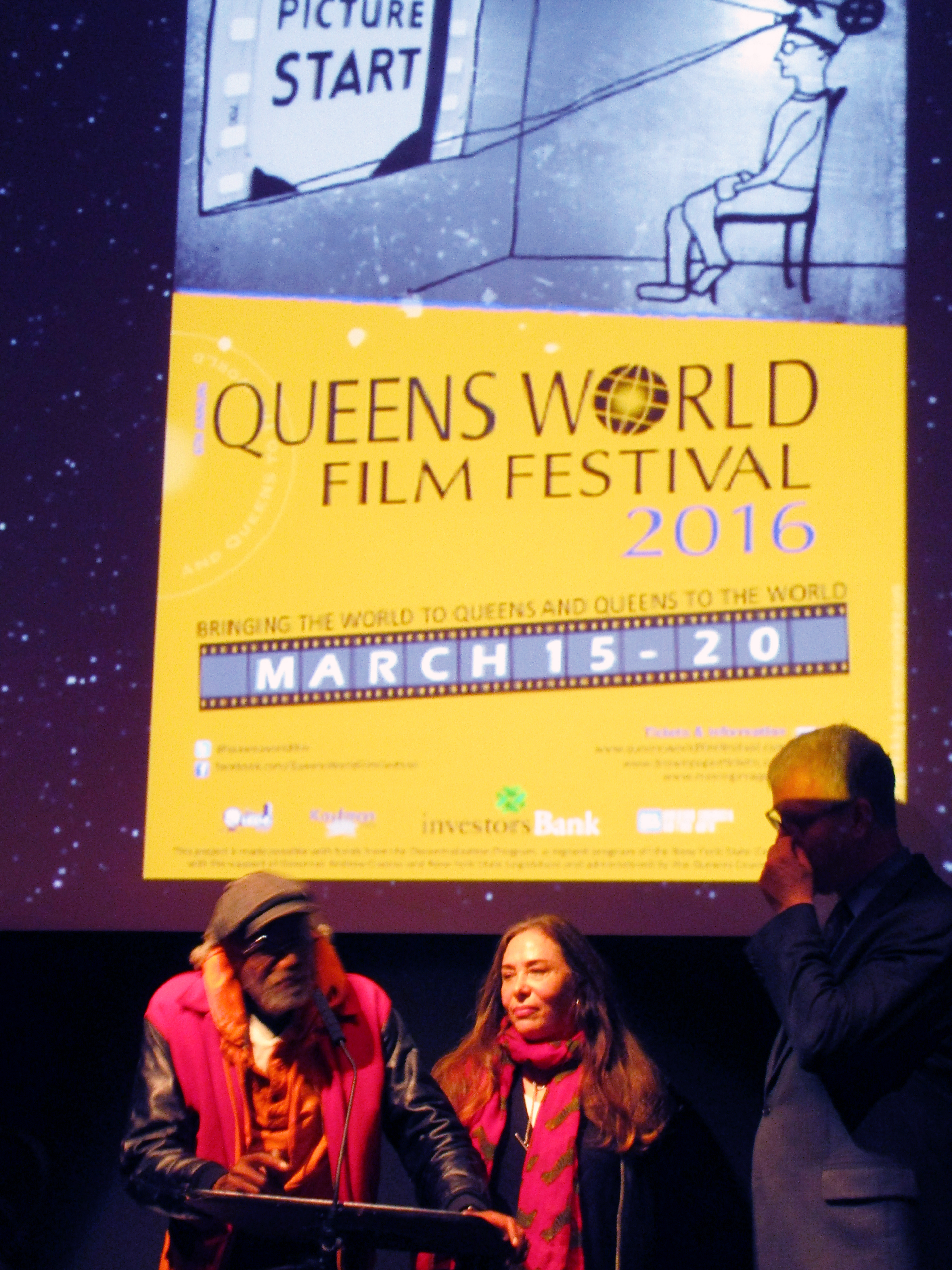 Susan Seidelman with Melvin Van Peebles at the opening ceremony. I love her films!

The 4 Jewish themed films that were part of the festival were shown at a Church. Only in New York would this happen. Peter McWhinney played guitar while the audience arrived.

Nice coverage of the festival in the paper.